The importance of hydrography and its role in an increasingly geospatially enabled world took centre stage at the 5th Extraordinary International Hydrographic Conference in Monaco recently. OceanWise’s Director, John Pepper (pictured), presented on the status and future of Marine SDI. The recognition by Hydrographic Offices that hydrographic data is ‘not just for charting’ was unanimous, marking a major milestone on this path, which started around 10 years ago with the change in the IHO’s constitution to include ‘economic development and environment protection’. This led to the setting up of the Marine SDI Working Group, which OceanWise’s personnel helped instigate and John Pepper chaired for 4 years while at UKHO. 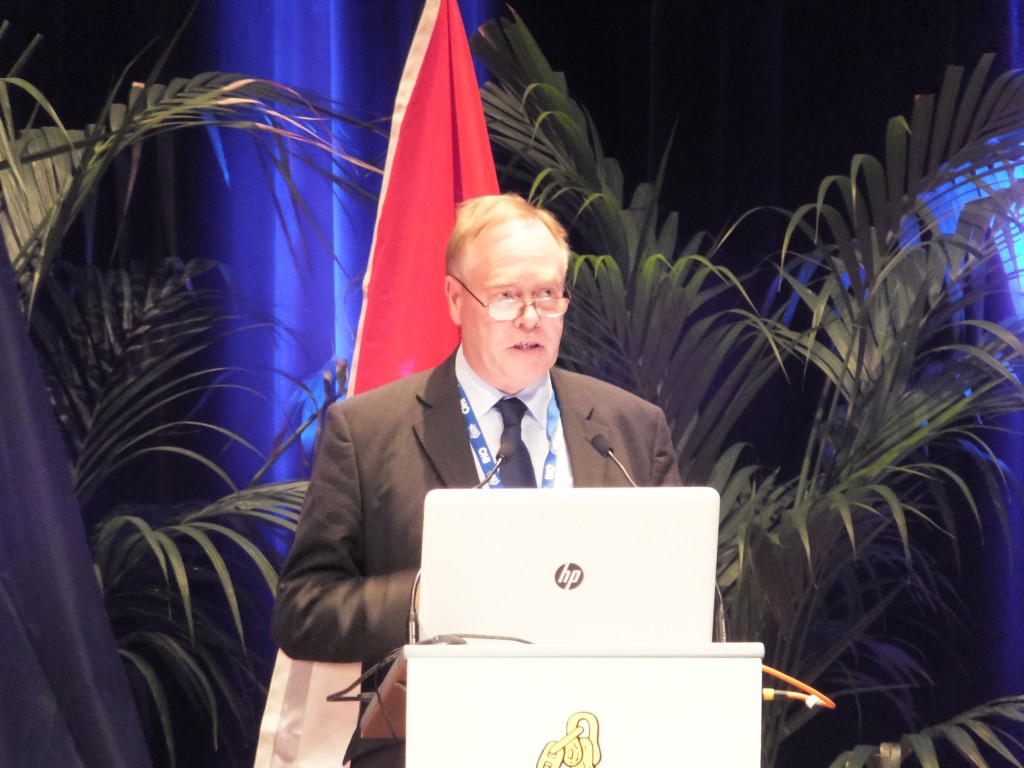 OceanWise’s involvement in the IHO Working Group has continued to grow since its establishment. OceanWise provides impartial advice and training to Hydrographic Offices globally, both directly and via the IHO’s Capacity Building Programme on topics such as modernising data management practices to a more data centric approach and how this not only supports national and regional SDI initiatives but also improvements in efficiency and data quality. The important linkages between MSDI, ENC production and e-navigation were noted at the conference.

For more information on how OceanWise can help your organisation modernise its approach to marine data management and production, please contact John Pepper at john.pepper@oceanwise.eu